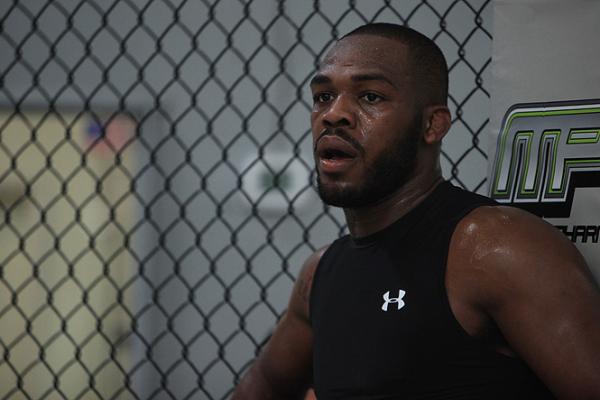 “It didn’t dislocate or anything,” Jackson told the Sherdog Radio Network’s “Beatdown” show. “I’m sure it’s just strained, and maybe a bursa sac or two went out, but I don’t think it’s going to be anything major.”

Belfort snagged the armbar from his back in the opening round. Jones escaped, but only after his arm popped.

“He got that armbar in every way, shape and form,” Jones said after the fight. “I’ve never had my arm pop like that before. I felt it, but I worked too hard to give up. I was honestly waiting for it to break, but I wasn’t going to tap out. It just felt numb.”

Jones not only didn’t tap, he began to punish Belfort from the top position to win the round. He also won the second and third before finishing the Brazilian with a key lock in the fourth.

“It’s a personal choice, and when there’s a lot on the line, like a world title, I think that’s what you have to do,” Jackson said of Jones’ refusal to tap. “You have to kind of have that mentality where you’re not going to get stopped. As you’re coming up [the ranks], it’s a personal choice for the fighter, but it’s not nearly as important. When you’ve got your world title on the line, it becomes pretty important. It’s a good mentality to have. I was very proud of him for just saying, you know what, I’m going to gut through it and get through it. I thought it was kind of inspirational.”

The trainer also credited Belfort for the attempt and for his resolve against the champ.

“We had trained for the armbars,” Jackson said. “Vitor’s really, really good at it and was able to lock it on before Jon could really get his counter in. It was incredibly quick, and that’s a testament to Vitor’s skill. We had watched him and trained for it, but he was fast. He caught Jon, and Jon was able to work out of it, but yeah, it was very impressive that we were ready for it and [Belfort] still got it.”