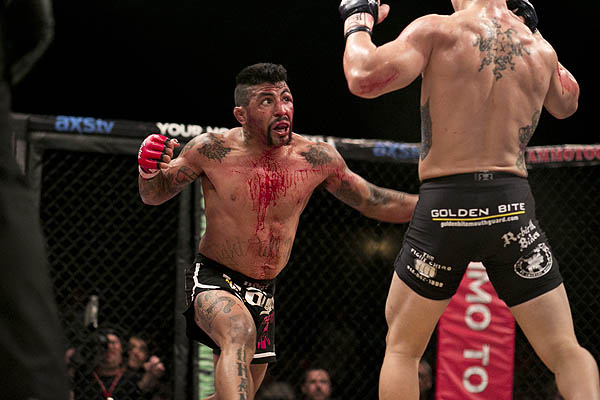 LFC promoter Mick Maynard notified Sherdog.com of the news late Thursday night and verified that Antonio Banuelos has been tapped to replace Flick at the May 31 event, which takes place at the American Bank Center in Corpus Christi, Texas, and airs live on AXS TV. The event is headlined by a lightweight showdown between Carlo Prater and Carlos Diego Ferreira and will also see Damacio Page make his LFC debut against Patrick Ybarra.

Banuelos has gone 2-2-1 in his last five fights but is still searching for his first Legacy win. The World Extreme Cagefighting veteran debuted for the Texas-based promotion this past September, falling in a unanimous decision to Joshua Sampo before fighting Rafael de Freitas to a split draw on March 1 at LFC 18.

Ozkilic, meanwhile, has been bested just once in eight pro outings. The 27-year-old rides a two-fight winning streak into his Legacy debut, as “Alp” closed out last year with a decision victory over Ray Grindstaff and followed that triumph with a Feb. 15 technical knockout of Josh Robinson under the Rumble Time Promotions banner.