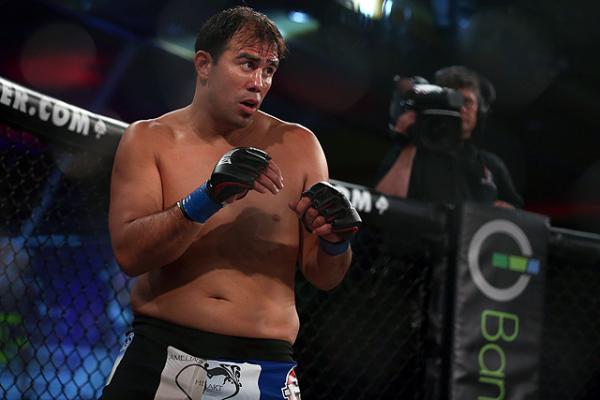 
English heavyweight James Thompson has been forced to withdraw from Friday’s Bellator MMA card due to an unspecified injury, the organization announced on Sunday.

Thompson’s opponent, Houston Alexander, will instead meet late replacement Virgil Zwicker in a 215-pound catchweight bout. The fight remains part of the Bellator 129 main card, which takes place Oct. 17 at Mid-America Center in Council Bluffs, Iowa, and is headlined by welterweights Paul Bradley and Josh Neer.

Alexander, 42, has split a pair of bouts since signing with Bellator last September. “The Assassin” stumbled against fellow UFC veteran Vladimir Matyushenko in his promotional debut and then picked up a TKO win due to doctor stoppage against Matt Uhde in April.