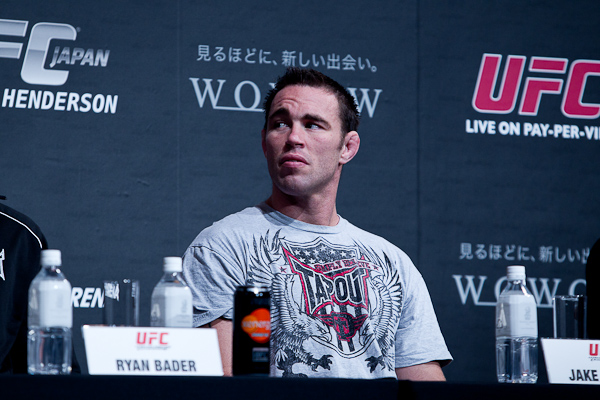 UFC middleweight Jake Shields Friday released a statement issuing an apology for using a banned substance ahead of his UFC 150 clash with Ed Herman. The decision has resulted in a six-month suspension, according to the fighter.

Shields, who previously challenged for the UFC welterweight title before returning to 185 pounds, did not specify in his statement for which substance he tested positive. The Colorado Office of Boxing did not release the UFC 150 test results to the public following the Aug. 11 event, which took place at the Pepsi Center in Denver. Shields’ statement reads:

“To my friends, fans and the UFC,

Prior to my professional bout at UFC 150 in Denver, Colorado, I used a substance prohibited by Colorado Boxing Commission rules.

This was a mistake that I fully regret. I have shared this issue with my family and the UFC. I have apologized to them, and now I also apologize to you, the fans. I promise this will never occur again in my fighting career.

I accept the Boxing Commission's decision for a six-month suspension, which will expire in February. I ask that you accept my apology. I will be back fighting soon, and hope that the fans of MMA will support me until that time.”

Shields took a unanimous decision over Herman by controlling the lackluster contest both on the ground and in the clinch. The event was headlined by a lightweight title rematch between champion Benson Henderson and ex-titlist Frankie Edgar, in which Henderson retained his belt in a controversial, five-round split decision.

A 35-fight pro, Shields, 33, joined the UFC in 2010 after reigning as the Strikeforce middleweight king. The Californian has racked up a 3-2 record since entering the UFC fold, besting Martin Kampmann, Yoshihiro Akiyama and Herman, while stumbling against welterweight champion Georges St. Pierre and Jake Ellenberger.