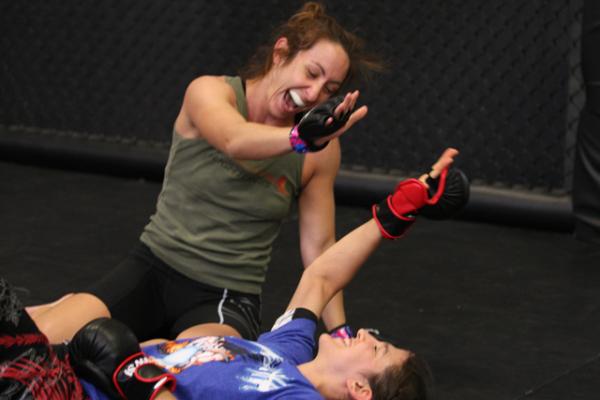 Heather Clark could be out six to eight months after ACL surgery. | Keith Mills/Sherdog.com


Heather Clark plans on having ACL surgery following her unanimous decision triumph over Bec Rawlings at "The Ultimate Fighter 20" finale.

The 34-year-old Xtreme Couture representative said she competed at less than 100 percent on “TUF 20,” and that trend continued at the Palms Casino Resort in Las Vegas on Friday night.

“Anyone who has watched my career knows that I like to throw a lot of kicks, but tonight I didn’t throw any,” Clark said. “I hurt my leg while taping the show, and I just never trusted it enough during camp. On the 17th of this month I’ll have surgery on the ACL, and I’ll be out six to eight months.”

After a strong start over the bout’s opening 10 minutes, Clark had to hold off a hard-charging Rawlings in the final frame. The Aussie got the better of the majority of the exchanges in the period, outlanding her foe 44-to-28 in significant strikes, according to FightMetric.com.

Despite that final flurry, Clark was able to hold on.

“My eye started closing so I tried to just survive that 3rd round. I knew I had won the first 2 rounds so I was just trying not to do something stupid, like get KO’ed,” Clark said.

The XFC veteran has won two straight fights to improve to 7-4 as a professional. Clark has big plans in mind when she recovers from surgery.

“When I come back, I think I’m one of the top girls in this division, and I think I deserve a top five girl,” she said.