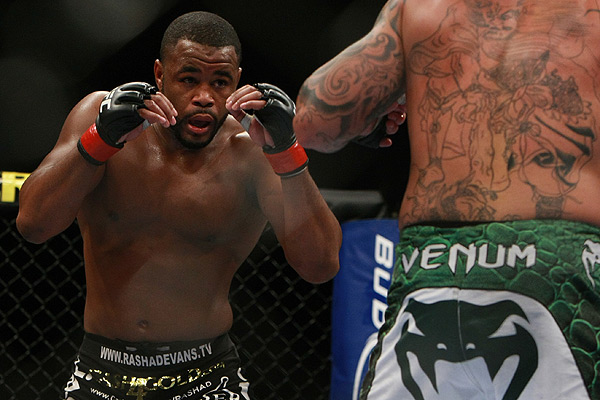 Rashad Evans has lost consecutive bouts for the first time in his career. | Photo: Dave Mandel/Sherdog.com


Thanks to numerous injuries and a revamped main draw, UFC 161 “Evans vs. Henderson” bears more than just a slight resemblance to UFC 149, its cursed cousin of the previous summer.

Gone from the event on Saturday at the MTS Centre in Winnipeg, Manitoba, Canada, is a pair of big-ticket bouts: an interim bantamweight title clash between Renan Barao and Eddie Wineland and a light heavyweight encounter pitting Mauricio Rua against Antonio Rogerio Nogueira; and that does not even mention a handful of withdrawals on the undercard.

Now it is up to the new headliners, Rashad Evans and Dan Henderson, to deliver a show the Canadian faithful will not soon forget and help eliminate more comparisons to UFC 149 -- a pay-per-view that is not remembered fondly.

Here is a closer look at the UFC 161 lineup, with analysis and picks: 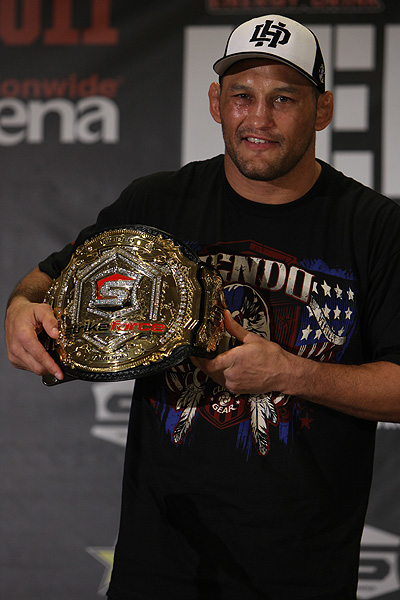 The Matchup: At age 42, Henderson is the oldest active fighter on the Ultimate Fighting Championship roster, but the former Strikeforce and Pride Fighting Championships titleholder seems to be as durable and dangerous as ever, despite a narrow split-decision setback against Lyoto Machida in his last outing. “Hendo” struggled to close the distance against the elusive karateka, a common problem for Machida foes, but he was competitive throughout, landing a takedown to finish strong in the final frame. The loss removed Henderson from title consideration for the time being, and a second straight defeat could potentially end his UFC championship hopes for good.

Evans is coming off back-to-back losses for the first time in his MMA career. It was not especially surprising that the Blackzilians representative could not navigate the reach of Jon Jones at UFC 145, but his inability to pull the trigger in exchanges against Nogueira at UFC 156 was perplexing, to say the least. Considering what was at stake -- a move to 185 pounds and a showdown with longtime champion Anderson Silva -- Evans looked uncharacteristically withdrawn against “Minotoro.”

There is little mystery surrounding Henderson’s game plan, as the Californian will stalk Evans with his right hand cocked, looking to add to his personal highlight reel of knockouts. Henderson is not especially prolific when it comes to putting combinations together, but he is accurate with the powerful strikes he does throw. The two-time Olympian will have to be patient in picking his spots against Evans, whose speed, athleticism and balance make him yet another difficult target. However, “Suga” is also prone to fits of inactivity, as he moves and feints for extended periods of time while looking for a chance to connect with a knockout blow.

The chances of stopping Henderson with strikes, even at his advanced age, are slim. The Team Quest member has been dropped and rocked before, but his recovery rate is swift and he has yet to lose by knockout or technical knockout as a professional. Evans will be better served if he throws punches in combination, because simply trading kill shots with Henderson is a recipe for disaster. Speed is Evans’ biggest ally here, and he will want to move in and out of range to avoid encountering his opponent’s fabled overhand right.

FightMetric stats show that Evans lands nearly twice as many takedowns per 15 minutes as Henderson, but as a somewhat undersized light heavyweight, “The Ultimate Fighter 2” winner also expends plenty of energy attempting to muscle larger foes to the mat. Henderson’s wrestling credentials speak for themselves, and while he prefers to headhunt, he can always use takedowns and ground-and-pound as a safety valve if he finds himself getting outpointed on the feet. The key will be using his punches to get into range against the swifter Evans.

If Henderson can pressure Evans early, he can utilize his Greco-Roman background and press the former 205-pound king into the fence, where he can land dirty boxing and work for takedowns.

The Pick: If Evans mixes strategy with aggression, he has the skill set needed to beat Henderson. The passivity he showed against Nogueira must be gone, or Henderson will dictate the pace and rush out to an early advantage -- or potentially get a knockout. Look for Evans to rebound, relying on speed and movement to earn a decision victory.