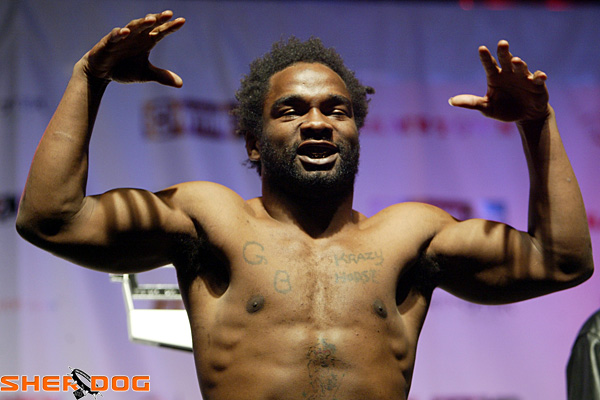 What makes a post-fight moment memorable? Is it passion, emotion and energy? Carefully scripted work on the microphone? Blatant disrespect for a fallen opponent? Blissful ignorance that results in the highest levels of unintentional comedy? The answer is all of the above -- and then some.

It is no secret that mixed martial arts is full of interesting characters, but, sometimes, it is not until after the fighting has stopped that one’s true personality is fully revealed. Of course, sometimes that revelation immediately leads to more fighting, which is not surprising, considering the line of work.

Picking 10 memorable post-fight interviews and moments was not an easy task. With such a wide variety to choose from, there are bound to be some noticeable omissions, but that is the point of any list: to generate argument and discussion. Here is our version of the Top 10 Most Memorable Post-Fight Interviews and Moments, as chosen by Sherdog.com staff.

One phrase would have summed up everything nicely: “Don’t talk smack to The Horse.” However, after Bennett knocked out Noons with a punch at 3:43 of the opening round of their lightweight bout, “Krazy Horse” had plenty more to say. For a man known for post-fight theatrics and a tendency to play to the camera, would you expect anything less?

First, Bennett explained his motivation leading up to the fight with Noons.

“I knew what was gonna happen. This guy, he wants to come in and talk s--- to me. You don’t talk s--- to me, you know what I’m saying? It’s better to not talk s--- because then I don’t come to the fight with an edge, you know. It’s, like, I didn’t even wanna touch his gloves because I was gonna knock him out.”

Then, he moved on to the fans.

“Hey, I love the boos. Keep on with them, because the more you boo me, eventually, you’re gonna love me. You gotta love me.”

Next, announcer Jay Glazer gave Bennett the opportunity to break down his knockout on the big screen.

Finally, he revealed his future plans.

“I’m trying out acting y’all. I want to be an actor so bad. So I’m gonna try some acting next, but I’m always willing to fight.”

There is not much else to add to that, except that it turned out to be the last notable victory for Bennett, who has amassed a 7-12 mark since then. It is safe to say that nobody knows how to maximize his time in the limelight quite like The Horse.