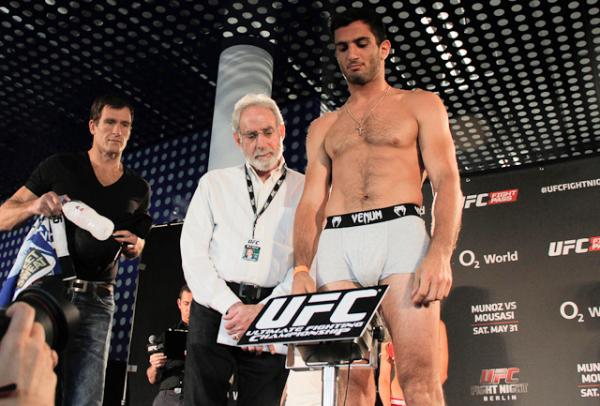 Mousasi submitted “The Filipino Wrecking Machine” with a first-round rear-naked choke and announced himself as a serious threat in the Ultimate Fighting Championship’s middleweight division at UFC Fight Night “Munoz vs. Mousasi” on Saturday at the O2 World in Berlin. Munoz, who had never before been submitted, tapped out 3:57 into round one.

Still just 28 years of age, Mousasi sports 30 finishes among his 35 professional victories. The former Dream, Strikeforce and Cage Warriors Fighting Championship titleholder has compiled a 2-1 record since arriving in the UFC a little more than a year ago.

UFC Fight Night “Munoz vs. Mousasi” and its sister show, “The Ultimate Fighter: Brazil 3” Finale, spawned a number of threads on the Sherdog.net forums: