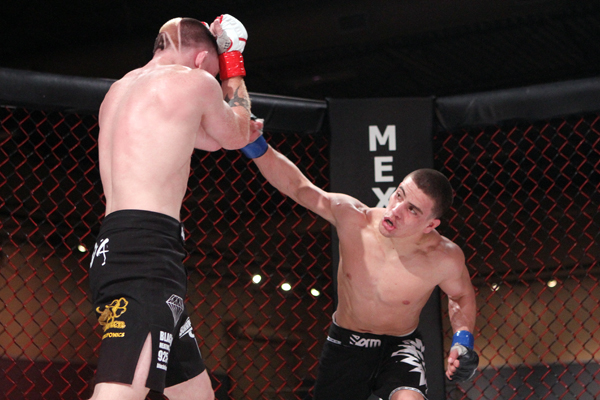 Another last-minute shakeup has altered the fight card for Tachi Palace Fights 13, as the promotion will now be without the services of former flyweight champ Ulysses Gomez on May 10.

Gomez was forced to withdraw from the event Friday, less than one week before his scheduled 125-pound bout with fellow Californian Adam Rothweiler at the Tachi Palace Hotel and Casino in Lemoore, Calif. The news comes days after bantamweight Francisco Rivera pulled out of the show’s co-main event to take a May 15 bout in the UFC.

Speaking to Sherdog.com, Gomez explained that what he believed to be a boil on the back of his leg turned out to be a staph infection, which he plans to have removed Saturday. It isn’t the first time staph has derailed the 28-year-old Marc Laimon student, who had to withdraw from the semifinals of a 2010 Bellator bantamweight tournament due to infection.

Stepping up to face Rothweiler on short notice is Hector Sandoval (Pictured), a member of Urijah Faber’s Team Alpha Male in Sacramento, Calif. The 25-year-old wrestler notched three wins in 2011 and has only one loss on his record, a 2008 submission defeat at the hands of Gomez.

The promotion also announced Friday that John Reedy has agreed to fill in for injured welterweight Damion Douglas. Reedy will take on Chidi Njokuani, brother of UFC lightweight Anthony Njokuani.