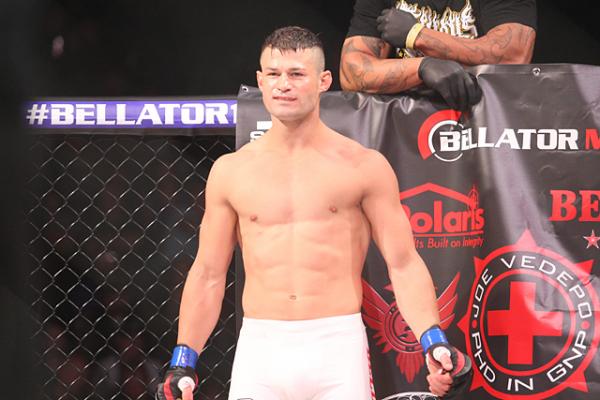 Vedepo, 32, faces multiple counts of assaulting a police officer, interference and public intoxication, according to the Iowa City Arrest Blotter. A report from KCRG.com states that police were called to the Sports Column Bar at 2:22 p.m. on Friday after Vedepo refused to leave the establishment. Vedepo allegedly resisted arrest and head-butted one officer in the chest, sending him to the hospital with back injuries. According to KCRG, attempts to use a Taser to subdue Vedepo were “ineffective,” and “several officers” were needed to place the fighter under arrest.

As of Monday morning, Vedepo reportedly remained in custody on a $10,000 bond.

Vedepo’s arrest comes two weeks after his lopsided stoppage loss to Muhammed “King Mo” Lawal in a light heavyweight bout at Bellator 131 in San Diego. “The Doctor” competed on short notice at the Nov. 15 event, replacing the injured Tom DeBlass, and suffered a fractured right orbital which earned him a 180-day suspension from the California State Athletic Commission. Vedepo had previously won three straight fights inside the Bellator cage as a middleweight.

According to a 2006 article from The Daily Iowan, Vedepo sued the Sports Column after being hit by a drunk driver who came from the bar in July 2004. Vedepo withdrew the lawsuit in August 2008, per KCRG.