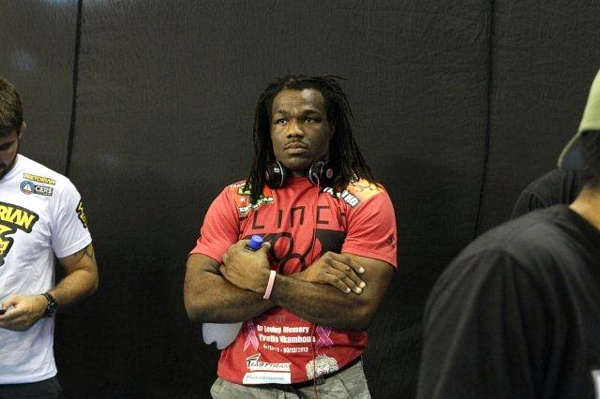 Promotion officials stated in a release that all four combatants have signed exclusive four-fight deals, though potential debut dates were not released. The SFL promoted its third event May 6 in New Delhi, and its next outing is scheduled for Sept. 8 in Bengaluru.

A former UFC heavyweight title challenger, 41-year-old Monson owns 60 professional bouts to his credit. “The Snowman” posted victories in three of his four outings so far in 2012, most recently submitting Denis Komkin with a north-south choke last week at M-1 Global “Fedor vs. Rizzo.”

Representing Team Quest, 28-year-old Sokoudjou (Pictured) has suffered back-to-back defeats after posting a three-fight winning streak from November 2010 to June 2011. The Cameroonian-born light heavyweight failed in his bid to capture the MFC championship this past October, when he was outpointed by then-champion Ryan Jimmo. The 28-year-old then relinquished his KSW title when he dropped a unanimous decision to Jan Blachowicz in a Nov. 26 rematch at KSW 17.

Just two fights into his pro MMA career, Page stands thus far undefeated. The British kickboxing stylist debuted with a head kick knockout over Ben Dishman in February and followed that victory with a submission of Miguel Bernard on April 7, dispatching both opponents in less than three minutes combined.