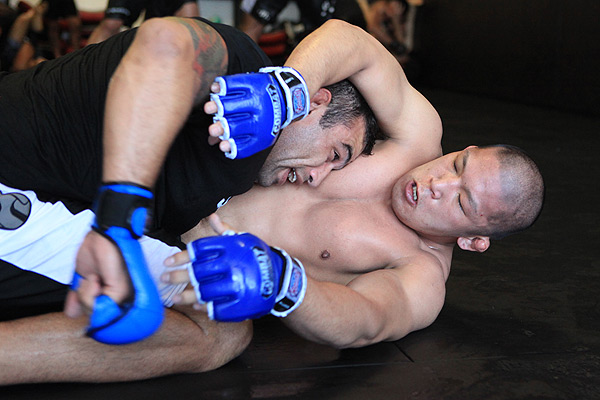 Ishii, 26, made his MMA debut in 2009 after winning a gold medal in judo at the 2008 Olympics. The Japanese grappler has won his last three fights, all of which were held under the IGF banner. Following a knockout loss to Fedor Emelianenko to close out 2011, Ishii outpointed former UFC champion Tim Sylvia this past December and followed that triumph with submissions of Sean McCorkle and Kerry Schall to kick off 2013.

Rizzo, 38, returned to competition in June following two years on the shelf, when he saw a three-fight winning streak snapped by Emelianenko in the M-1 Global ring. Now in the twilight of his career, Rizzo previously contended for the UFC heavyweight title on three occasions, coming up short against Kevin Randleman and Randy Couture (twice). More recently, “The Rock” bested fellow veterans Jeff Monson, Gary Goodridge and Ken Shamrock before falling to Emelianenko last year.