Despite a lack of star power, February was a solid month for mixed martial arts. The Nate Marquardt-Wilson Gouveia and Nick Thompson-Paul Daley fights -- Sherdog.com’s top-ranked bouts for the month -- delivered the goods as far as all-out action between evenly matched opponents was concerned.

The signs for March are similar. Most of the sport’s top pound-for-pound talent will not return until summer, so guys like Quinton “Rampage” Jackson and Aleksander Emelianenko will get their chance to shine. With tough opponents like Keith Jardine and Ibragim Magomedov in their way, fans are guaranteed competitive matchups.

March got off to a strong start. German judo ace Gregor Herb celebrated his coming out party in MMA with a second-round submission of Swiss master grappler Marcelo Lopez, and World Extreme Cagefighting featherweight champion Mike Thomas Brown coaxed a tapout from Leonard Garcia and retained his belt at WEC 39.

Here are 10 more March tussles from around the globe that fans should not miss. As always, this list does not focus only on the major bouts you already know to watch but rather on fights from all over the planet that are worth seeing.

Although easily five years removed from his prime, Newton remains a big draw in his home country. The 32-year-old submission specialist was once considered one of the premier ground fighters in the game and briefly held the UFC welterweight championship in 2001. Newton (13-13) will try to snap a three-fight losing streak when he takes on countryman Khatib (8-4) in the main event of Warrior-1’s debut show in Quebec. 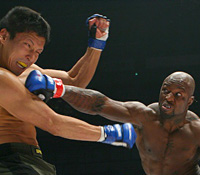 Following the demise of its original aces, Hidehiko Yoshida, Takanori Gomi and Kazuo Misaki, fledgling Japanese promotion Sengoku has just one fighter -- Lawal -- left who possesses the star power, charisma and athletic ability to captivate the fight fans in the Land of the Rising Sun. Lawal (3-0) will take on reigning King of Pancrase Kawamura in only his fourth appearance inside the squared circle. Kawamura (9-3-2) has beaten some tough opponents but was also knocked out by Fabio Silva -- a man Lawal later victimized.

Two UFC veterans will lock horns in Finland’s capital city. Since being released by Zuffa, Valimaki (13-5) has won four straight. The Edmonton, Alberta, native holds some big wins over Jason Day, Vernon White and Rodney Glunder. Radev (17-3), a stocky Bulgarian wrestler, will try to decode the “Matrix” with excellent top control and a dangerous submission game.

Midwestern fight fans should consider the trip to the tiny college city in North Dakota if they want to see some decent heavyweight action in their area. Three-time UFC veteran Hinkle will return from a 20-month hiatus to take on the once defeated Tuchscherer (15-1) -- one of Brock Lesnar’s sparring partners at the Minnesota Martial Arts Academy. Tuchscherer raised more than a few eyebrows with his strong performance in the ill-conceived Yamma Pit Fighting tournament. A convincing victory over the experienced Hinkle (14-9) could put him one step closer to the big leagues.

Blessed with a physique like former International Fight League heavyweight champion Roy Nelson, Greek banger Economou (8-0) has emerged as Ultimate Warrior Challenge’s shingle fighter following the departure of former star Ivan Serati to the UFC. Despite being just 22 years of age, “Crazy Bear” has been in the game for a while and has polished off all but one of his opponents by knockout or technical knockout. Thompson (0-0), Britain’s Strongest Man in 2006, will stand across the cage from him at UWC 9. The 29-year-old powerhouse from East Sussex, England, has been training in MMA for some time and wants to test himself against Economou.

On credentials alone, it does not get much better than this, as Sherdog.com’s ninth-ranked featherweight Imanari takes on fourth-ranked bantamweight Yamamoto. Imanari (15-6-1), who currently holds the 137-pound belt in Deep, has become notorious for his heel hooks and leg locks. A win over Yamamoto* (12-5-1) could set up a bout with Norifumi "Kid" Yamamoto in the second round of the Dream featherweight tournament in May.

This bout serves a true delicacy for fans of the European circuit. French Muay Thai stylist Rimbon (13-8-3) has been around since the turn of the millennium and has tested himself against fighters like Roman Zentsov and Alistair Overeem. Most recently, he went the distance with Antonio Rogerio Nogueira in Japan. Judging by his build and raw KO power, Komkin (11-3) -- a teammate of Sergey Golyaev -- could be the second coming of the legendary Igor Vovchanchyn. The ground game, which Komkin needs to improve upon, separates him from the former Pride star at this point in his career. 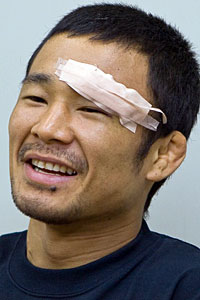 There are times in a fighter’s career when he has to prove his greatness. Up until a year and a half ago, Shooto bantamweight champion Kojima (9-3-5) was considered to be among the top 10 pound-for-pound fighters in the world. Two embarrassing losses followed in his quest to conquer the promotion’s featherweight division, and his stock plummeted. Against dangerous submission stylist Shoujou (8-4-2), more than his 123-pound title will be on the line. Many critics see this as a fight in which Kojima must defend his legacy.

With his unresolved medical situation blocking possibly lucrative fights in Japan and the United States, Fedor Emelianenko’s younger but bigger brother has to look to local organizations to keep his career alive. Southwestern Russian promotion ProFC has gladly obliged and booked the heavily-tattooed Emelianenko (14-3) into a compelling bout with former training partner Magomedov (20-5-1). The 33-year-old Magomedov will come in off a first-round stoppage of Finland’s Jarno Nurminen and is enjoying an undefeated run of nine fights over the past two years.

Set apart from the meaning and the consequences of this fight -- i.e. the fact that it can be a title eliminator for Jackson (29-7) -- fight fans in Ohio are in for a scrap that promises to be brutal. Both fighters have won big fights in the past two years. “Rampage” has knocked out Chuck Liddell and Wanderlei Silva, while Jardine (14-4-1) stopped Forrest Griffin and outworked the “Iceman.” Can Jackson relegate the “Dean of Mean” to gatekeeper status, or will Jardine spoil the run of another top contender?

* Editor's note:
This article was updated at 10:34 p.m. EST to correct an error stating Atsushi Yamamoto was Norifumi "Kid" Yamamoto's brother. In fact, there is no relation.